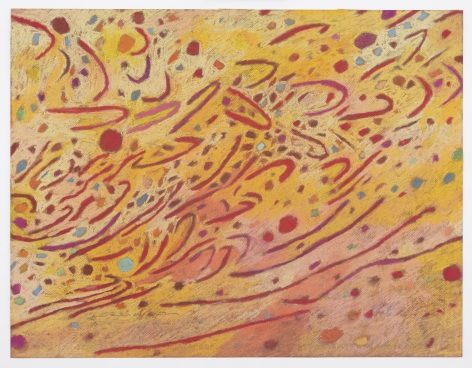 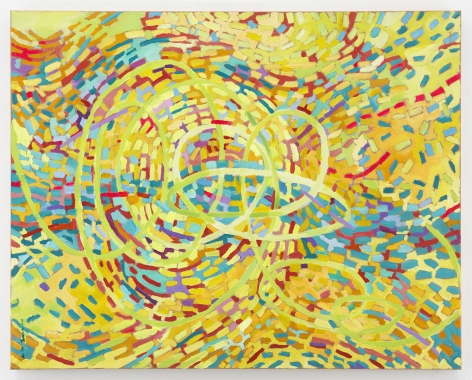 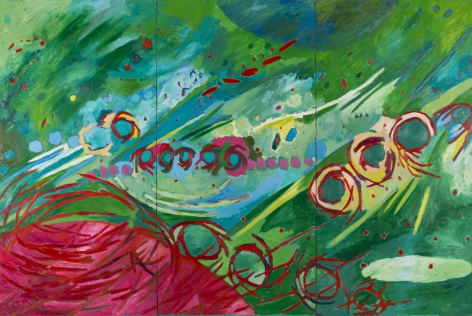 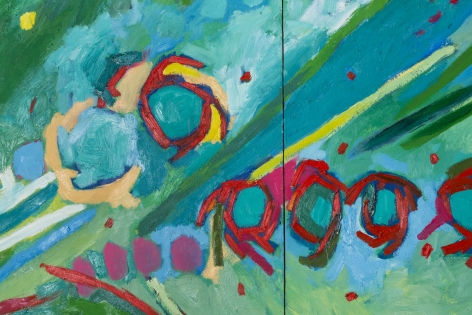 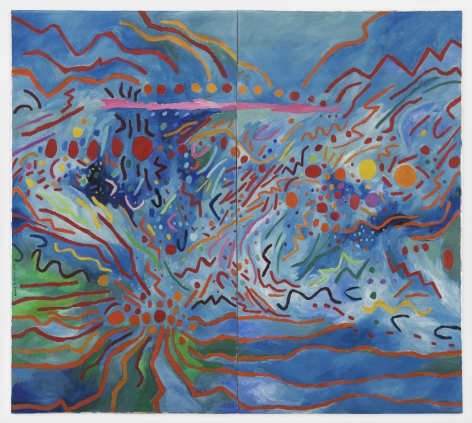 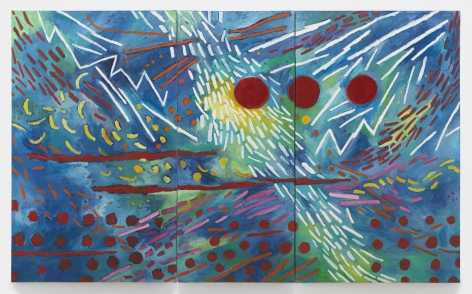 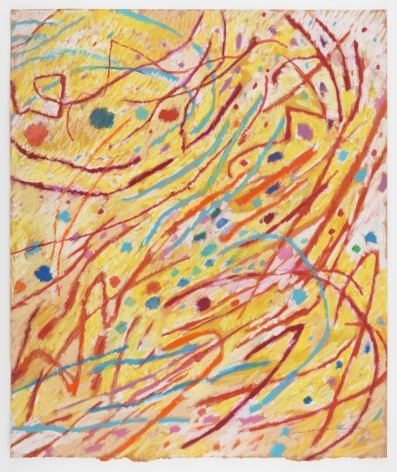 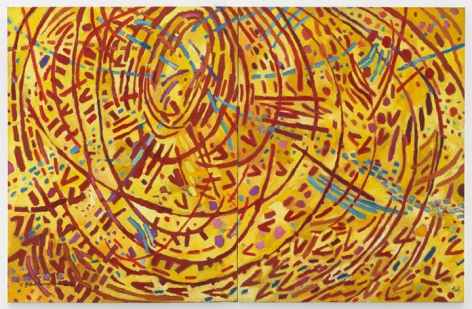 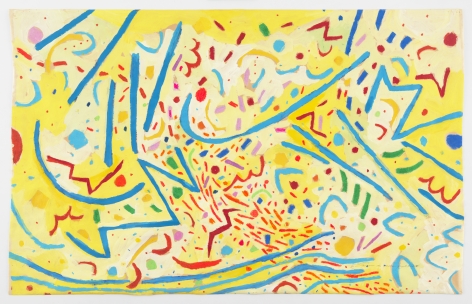 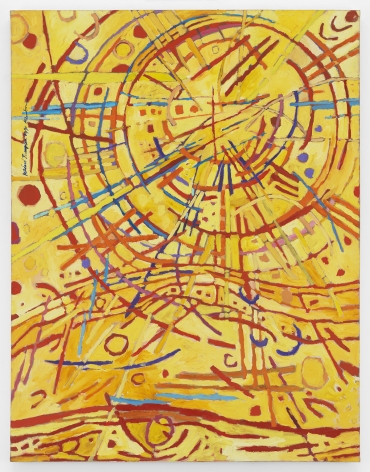 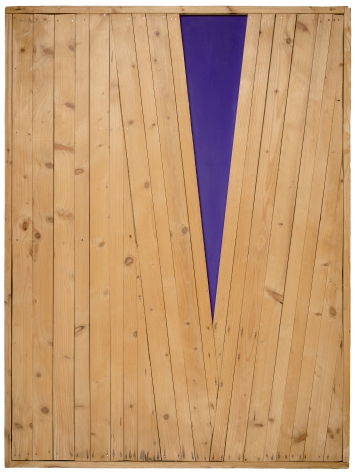 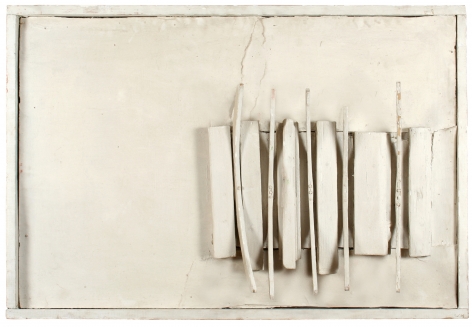 In a prolific career spanning over four decades, Mildred Thompson created paintings, drawings, prints, and sculptures using a distinctly unique language of abstraction. Thompson’s paintings and works on paper are characterized by energetic mark-making, profound understanding of color, and complex compositions that absorb the viewer. She was interested in physics and astronomy and through her own interpretation, sought to visually represent scientific theories and systems that are invisible to the eye. Due to the racism and sexism she experienced in the United States, Thompson spent the majority of her career in Germany and France where she created many established bodies of work and exhibited widely. Thompson’s work has received increasing institutional attention in recent years as understandings of abstraction shift to become more inclusive to women artists of color.

Thompson’s work was recently featured in the group exhibition Magnetic Fields: Expanding American Abstraction, 1960s to Today, which travelled from the Kemper Museum of Contemporary Art, Kansas City, Missouri to the National Museum of Women in the Arts, Washington, DC, and Museum of Fine Arts, St. Petersburg, Florida.

In 2019, Spelman College Museum of Fine Art presented a solo exhibition of her work entitled Mildred Thompson: The Atlanta Years, 1986-2003. In 2018, her Wood Pictures were featured in a solo presentation, Mildred Thompson: Against the Grain, at the New Orleans Museum of Art, as well as in the 10th Berlin Biennale. In 2016, the solo exhibition Mildred Thompson: Resonance, Selected Works from the 1990s was presented at the SCAD Museum of Art, Savannah, Georgia. Thompson’s work can be found in the permanent collections of the Brooklyn Museum, New York; Museum of Modern Art, New York; the National Museum of Women in the Arts, Washington, DC; New Orleans Museum of Art, Louisiana; and Smithsonian American Art Museum, Washington, D.C., among other institutions.

Thompson was born in Jacksonville, Florida, in 1936, and died in Atlanta, Georgia, in 2003. The Mildred Thompson Estate is curated by Melissa Messina. 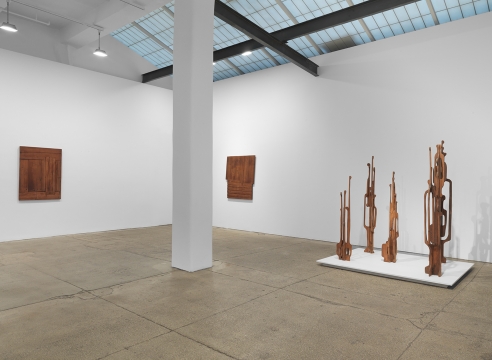 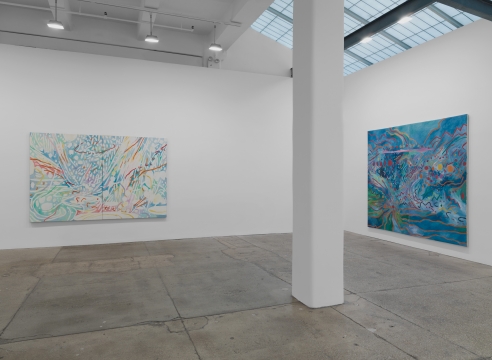 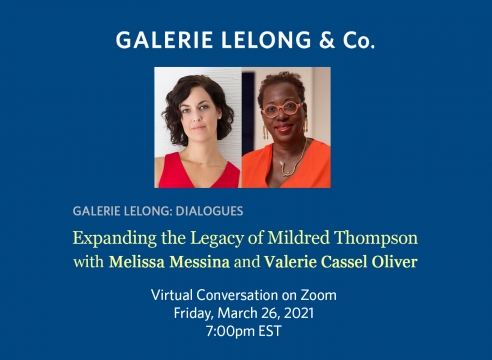 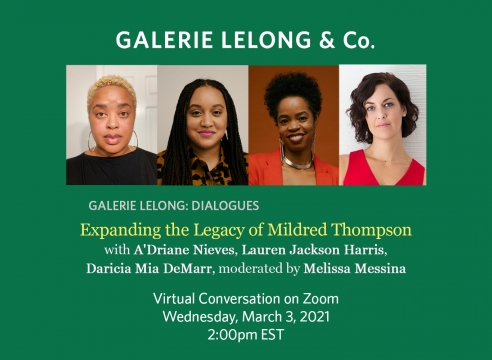 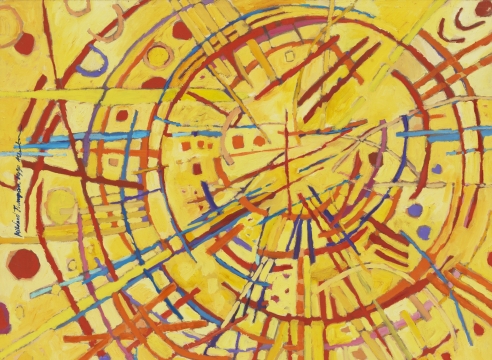 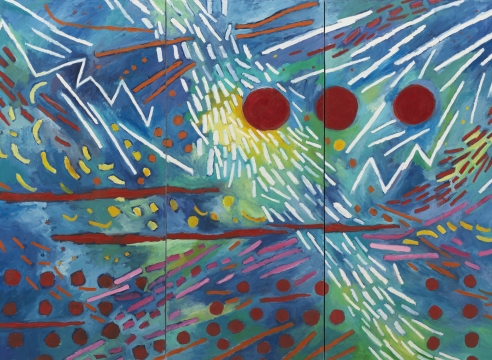 Artnet
Galerie Lelong Will Represent the Estate of Mildred Thompson, a Long-Overlooked Figure in the History of American Modernism 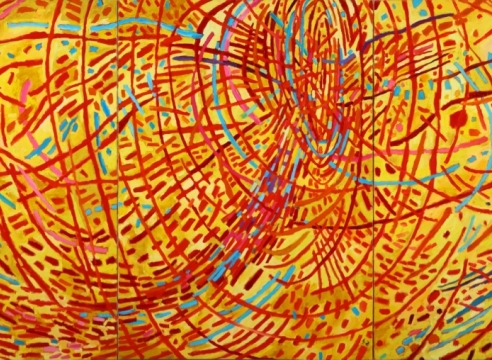 The Washington Post
They’re women, they’re black and they don’t make art about that 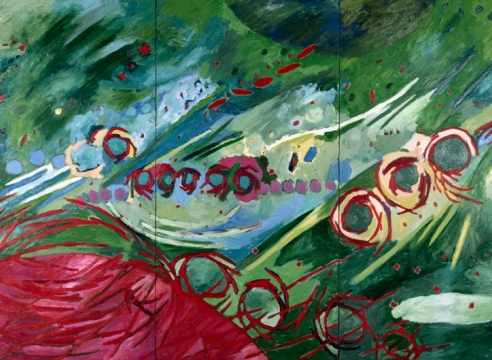 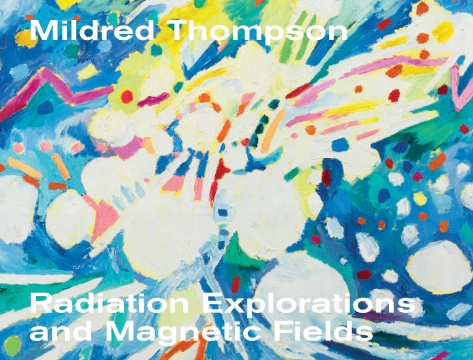