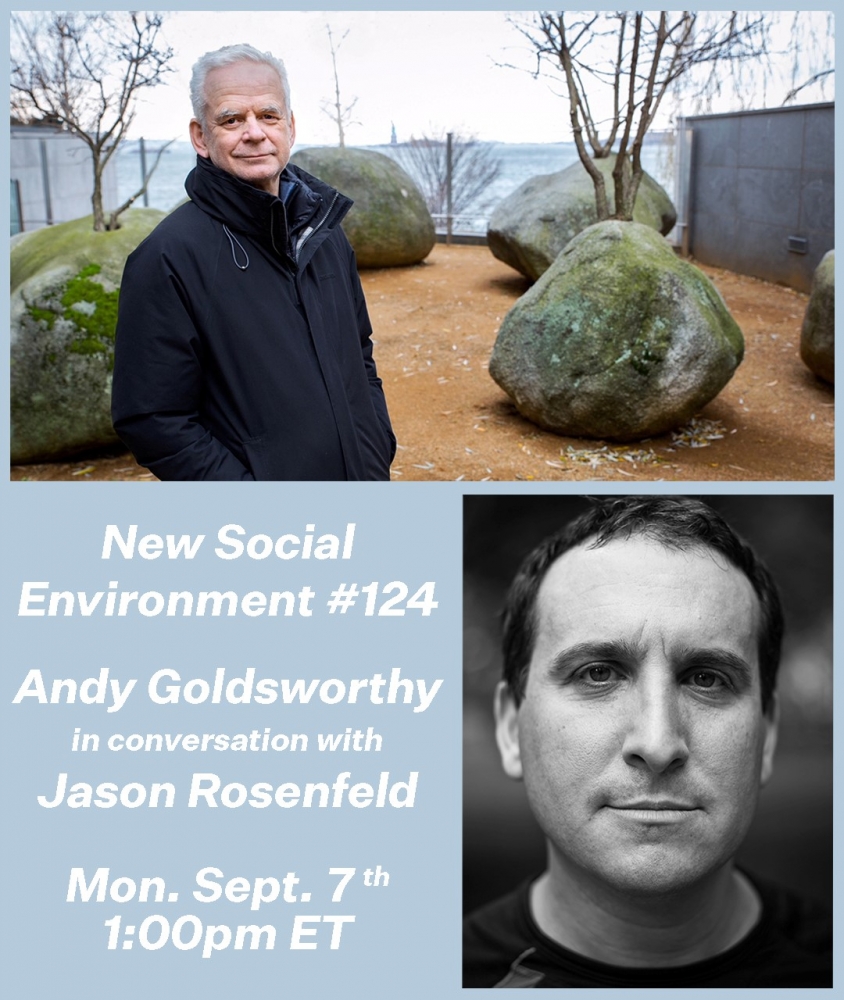 Photographer, sculptor, and filmmaker, Andy Goldsworthy will be in conversation with art historian and Rail Editor-at-Large Jason Rosenfeld. We’ll conclude with a poetry reading from Charles Theonia.

In a diverse career spanning four decades, Andy Goldsworthy has become one of the most prominent and iconic contemporary sculptors. In photographs, sculptures, installations, and films, Goldsworthy documents his explorations of the effects of time, the relationship between humans and their natural surroundings, and the beauty in loss and regeneration. Goldsworthy’s permanent projects and ephemeral works contrast in their scale, tension, and lifetime, but are unified through their responses to the environment and his constant investigation into understanding the landscape he is in.

The artist was born in Cheshire, England, in 1956, and is now based in Scotland.

Watch the recording here
Back To Top